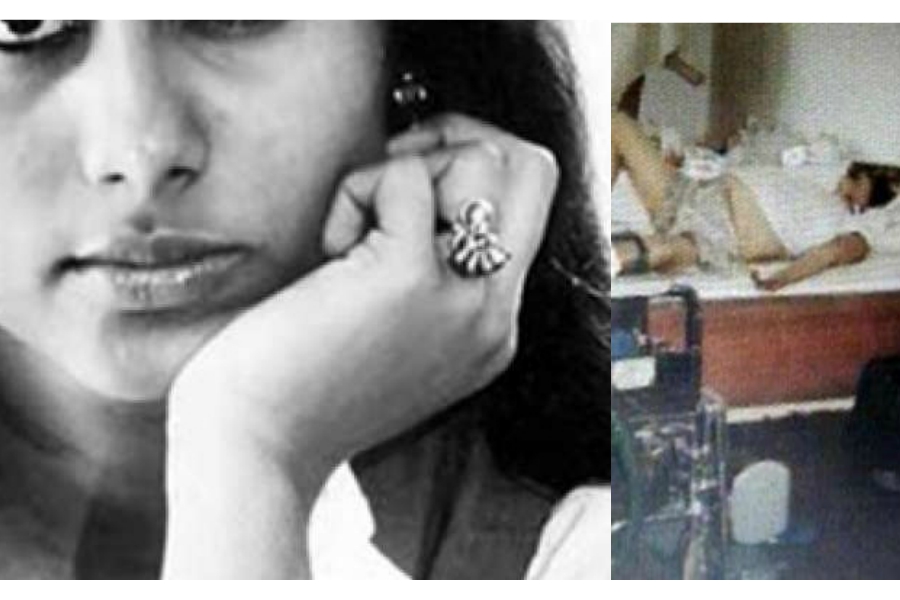 Smita Patil is one of the hit actresses of the Bollywood. With her Indian beauty and ace acting she won hearts and made many people went crazy. She was known for her dusky beauty and big eyes. She was born in Pune, her father Shivraj Patil is a renowned Indian political leader. Her mother is a social worker. She completed her education in a Marathi medium. Initially Smita worked as a news anchor.

Smita also worked for the welfare of the women. She also became a member of Mumbai’s women welfare group. During an interview, Smita told the media that she always aspired to become an actress and also wanted to do something for the welfare of the women in the society. As she was very beautiful many people went crazy after her but her heart used to beat for one only and that was belonged to actor Raj Babbar.

Their affair grabbed the attention of the media as Raj Babbar was already married that time and was a father of two children – daughter Juhi Babbar and son Arya Babbar from his first wife Nadira Babbar. But without thinking about the society, Raj Babbar decided to marry Smita. The couple got married on May 17, 1982, in a temple at Madras.

But the couple’s happily ever after soon tuned into a nightmare. Smita got pregnant with her first child and died on the delivery bed after delivering a baby boy, who is now a famous Bollywood actor – Prateik Babbar. Smita died from childbirth complications on 13 December 1986, age 31, barely two weeks after having given birth to her son. Nearly two decades later, one of India’s greatest film directors, Mrinal Sen alleged that Smita Patil had died due to gross medical negligence. This is how Indian cinema lost a legendary actress.

Vivek Oberoi’s Wife is so Beautiful That She Can Give Complex to Many Bollywood Actresses, See Glamorous Pictures!