Bollywood Flashback: When Protima 'Encouraged' Hubby Kabir Bedi to Have an Affair with Parveen Babi - Bollywood Dadi Skip to the content

Bollywood Flashback: When Protima ‘Encouraged’ Hubby Kabir Bedi to Have an Affair with Parveen Babi

(Based on an explosive interview published in the September, 1977 edition of a leading magazine)

Those who are familiar with the world of Hindi cinema would agree that in the 1970’s and 1980’s Kabir Bedi had carved quite a niche for himself thanks to his suave personality, distinguished style of acting as well as dashing looks.

Moreover, he also found recognition internationally. As it so happens, his personal life—just like his professional—managed to create a buzz amongst movie buffs. And this was mainly because of his much- talked about relationship with Parveen Babi.

While a lot has already been written about this high profile affair an important aspect has often been overlooked. And that is its impact on Kabir’s first wife Protima Bedi. Interestingly, this relationship—which lasted two years—began at a time when the actor was married to Protima. As such, it is often believed that Parveen was responsible for their split. However, the reality is quite different. On the issue  Protima once remarked that her relationship with Kabir was pretty much over even before Parveen entered the scene.

“I’ve never held Parveen responsible for breaking up my marriage. It happened long before she entered the scene. We have stopped being a man and a woman. Sex had finished between Kabir and me. My body was not his. I am a sensuous woman and Kabir did indulge me for seven years. He could take anything from me except unfaithfulness. And I was unfaithful to Kabir. When he finally left home to shack with Parveen I was relieved! When Parveen came into his life Kabir was trying to escape from me” she saiid

Moreover, she even emphasized that her relationship with Kabir did not change even though he was with another woman.

“Kabir is and always will be my king. There cannot be another Kabir Bedi in my life” she added

As it so happens, one of the wildest conspiracy theories about the Babi-Bedi saga was that Protima herself had planted the seeds for it. Reacting to this, she once said that she did encourage them to get close to each other.

“It’s true that I encouraged Kabir and Parveen to have an affair and why not? I was then busy trying to untangle complications from my own life and wanted Kabir off my back. Kabir and I no longer attracted each other sexually. Why should I have been the dog, sorry bitch in the manger?  Kabir needed a social outlet. It was at a party in my house that I saw them giving each other the vibes and I went out of my way to encourage them. Parveen came to me the next day and told me about it. I told her that I didn’t mind and they could go ahead. I wanted them to have fun. But at the same time, I told Parveen not to make the mistake of getting serious about Kabir. And then one day Kabir came and told me he would be spending all his nights with Parveen. He was moving out. The bloody fool. I gave him everything plus his freedom. He could have had his affairs. He could have done anything. He didn’t need to walk out on the kids and me. We could all have been one big family!” she added.

It was perhaps because she never held any grudge against Parveen that she felt bad for the actress when the Bedi-Babi relationship ran out of steam. In fact, Protima even wanted to contact her

“I felt very sorry for Parveen and I mean very sincerely. I even wanted to ring her up what does one say under such circumstances?” she said

As far as the split itself is concerned, it took place by mutual choice. Moreover, according to Parveen, they called off the relationship as there were “too many seperations”. Interestingly, both Promita and Parveen offered different yet similar reasons for the split.

Protima felt that the split took place as the Bedi-Babi duo overdid the “beautiful” side of their relationship.

“First of all, I think they overdid the beautiful side of relationship. They were in love, yes. I don’t deny it. It was beautiful for two beautiful people. I don’t deny that either. But why make it so idealistic?. I think I knew she was doing the wrong thing by trying to act possessive I tried to be so friendly but she was so rude. She resented Kabir spending any time with us. No woman should try to keep a man away from his family. No man likes it. Kabir was very understanding in the beginning. But I feel it must have finally started irritating him.  I was not jealous of him. I competed with him for attention. When he became a star, I resented being pushed into the background. But I feel I was a more photographed person than him“she added.

On the other hand, Parveen felt that it was Kabir’s international success that proved to be the reason for their split.

“When Kabir made it that big, believe me, when I say that it was one of the most thrilling things that happened to my life. He waited a long time for it and I knew how much it meant to him. I don’t resent his success. But I do admit that is changed things for us. Our lifestyles weren’t right for each other. To be with him, I would have to follow him all over the world. I could never become a man’s tag.” She added

Interestingly,  Protima too echoed a similar sentiment . She too said that  Kabir’s career was too important for him and any woman would just be a mere part of his life. Moreover, a woman would always play second fiddle to his career.

“Any woman in Kabir’s life is just a small part of his existence. He had told me when we first got together. His career came first, his friends second and his family and woman third. That’s the way it is with Kabir. There is nothing fair or unfair about it.  He has worked hard for it(success) and cannot allow any barrier to come in his way.” She added.

However, at the same time she emphasized that Parveen was faithful to Kabir and never two-timed him. But that turned out to be her weakness

“Parveen definitely gave all her faithfulness to Kabir. She would never two-time a man. But that much of fidelity is great for some time. Look dogs are the most faithful creatures: but they do get pushed around don’t they? A man takes a woman’s faithfulness for granted once it ceases to flatter him. Then he demands more. Too much emotion, too little intellect is not the right combination to hold a man like Kabir. There has to be a mental and spiritual link to bind him with. Parveen, I can surmise, failed to achieve that” she stated.

It must be said that these revelations add a new dimension to the Kabir-Protima-Parveen saga and add to the aura surrounding it. 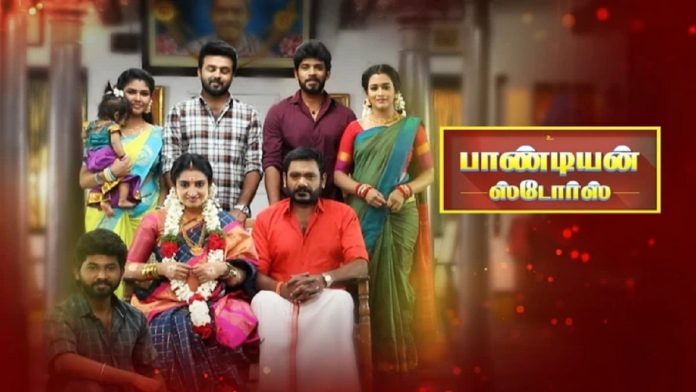